The final birthday post for March, and again no specific birthday so here is a late one:

American born actor who became well known on stage in the UK before returning to the US as a highly successful Broadway stage director, noted for record breaking long runs, and for employing black actors at a time when this was still unusual. She met and started a relationship with Eva Le Gallienne, who starred in several of her productions.

In 1946, Margaret and Eva co-founded the American Repertory Theater with producer Cheryl Crawford. The relationship with Eva ended in 1948, and in 1950 Margaret became the first  woman to direct at the New York Metropolitan Opera. She worked in theatre and opera untl her death from cancer in 1972.

Birthdays seem to be scarce in this neck of the calendar, so here’s a bit of not quite history for you.

Entreat me not to leave thee, or to return from following after thee: for whither thou goest, I will go, and where thou lodgest, I will lodge. Where thou diest there will I die, and there will I be buried: the Lord do so to me, and more also, if ought but death part thee and me.

I have a great fondness for the King James version of the Bible – it is great poetry – and I make no apology whatsoever, to either people offended that I’ve included what is not (in my view) a real person, nor to those who are offended that I’ve suggested someone in the bible is a Lesbian. If a woman said those words to me, I know what I’d think. 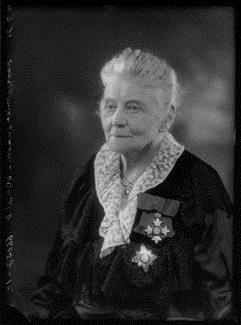 Louisa Lumsden CBE (1840-1935), the first prominent female figure at the University of St Andrews.
Louisa was one of the original students of Girton College Cambridge.  She taught classics there and later at Cheltenham. In 1877 she became Head of St Leonard’s school in St Andrews. In 1895 she was warden of a new university hall of residence,  but resigned in 1900.
Although her initial energies were put into women’s education, she was a strong proponent of women’s suffrage  In 1908 she was president of the Aberdeen Suffrage Association. She had a horse-drawn caravan, which was used for campaign tours. although never a militant herself, she admitted to fellow-feeling.

One has a mean feeling when one is quietly enjoying the good things of life and others are in prison for their convictions.

Today let us raise a glass to

Jane Rule was the author of many lesbian novels, and an early exponent of the happy ending, most famous for her 1964 novel Desert of the Heart (filmed as Desert Hearts), what a relief it was to find her books!

In 1954 Jane met Helen Sonthoff, a work colleague who became her life partner until Helen died in 2000.

I didn’t want to be a boy, ever, but I was outraged that his height and intelligence were graces for him and gaucheries for me.

Love is the terrible secret people are suspected of unless they’re married, then one always suspects they don’t.

The message of women’s liberation is that women can love each other and ourselves against our degrading education.

Coming out, all the way out, is offered more and more as the political solution to our oppression.

“What were we meant for then?”

“I live in the desert of the heart,” Evelyn said quietly, “I can’t love the whole damned world.”

A glass of port for today’s birthday girl:

Elizabeth had an affair with Henry Fox and gave birth to his child while she was married to her first husband Godfrey Webster. She married Fox immediately following her divorce from Webster and became hostess to many Whig party soirees. She had a reputation for rudeness and domineering, yet she continued to hold parties long after her husband died, which presumably she enjoyed, and people came to, when she no longer had political influence to make them put up with her. She undoubtedly quarreled with people, notably Caroline Lamb, and it was a time for people to air their grievances in public, but equally to sing their praises.

Lady Holland has certainly organised a good system of society—ten people every day at dinner, and a few in the evening, and there is always an author for the good of one’s mind, and a doctor to prevent one’s dropping down dead, and the rest are people who know each other well, and have the same politics.

Elizabeth’s journal for 1791 to 1811 is available on-line as is her travel journal of 1802 and 1805 when she travelled to Spain. Charles Greville described her as

a social light which illuminated and adorned England, and even Europe, for half a century.

Elizabeth was also responsible for dahlias being established as a favourite flower in England, which is something she does need to be forgiven for. Never mind. My favourite quotation from Elizabeth herself: 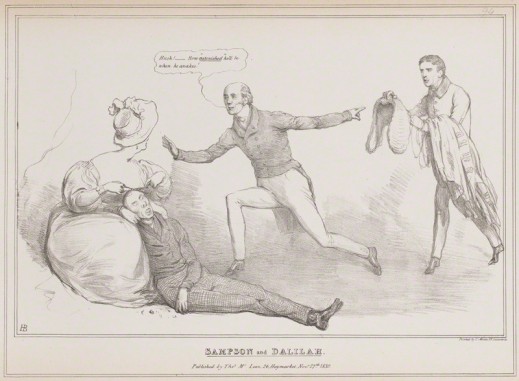 And another date with no birthday, so let’s skip back a couple of months and one that got away:

Eva was an actor and producer, born in England and who became part of the milieu of lesbian actors in Hollywood, performing herself on stage as Emily Dickinson, Peter Pan Elizabeth I and Hamlet with great success. in 1980 she earned an Oscar nomination for her work in the film Resurrection, at the time she was the oldest Oscar nominee.

Eva had affairs with many of the members of the ‘sewing circles’:  Alla Nazimova,  Tallulah Bankhead, Beatrice Lillie,  Laurette Taylor and Mercedes de Acosta.

In 1927 Eva was named as co-respondent in the divorce of her then lover Josephine Hutchinson.

People hate what they don’t understand and try to destroy it. Only try to keep yourself clear and don’t allow that destructive force to spoil something that to you is simple, natural, and beautiful.

So Eva, get your glad rags on, you’re invited to the party…

On her deathbed, Hall revoked a previous will that had provided Souline with an income, and instead left everything to Una, asking Una to “make such provision for our friend Eugenie Souline as in her absolute discretion she may consider right”.

Una provided Eugenie with a small allowance and burned her  letters to Radclyffe Hall. However RH’s letters to Eugenie survive

A torment of tenderness, of yearning over you, of longing to take you in  my arms and comfort you innocently and most gently as I would comfort a little child, whispering to you all sorts of foolish words of love that have nothing to do  with the body. My spirit cries our to you Souline, and it tells you that love is never a sin, that the flesh may be weak but the spirit is strong. Yesterday it was my spirit that saved you. Must I always save you. God help me I ought not to write like this but I love you. I love you.

No birthday today so here’s someone I can’t find an accurate date for:

Theatre critic with the New York Tribune and as a freelance contributor to the National Geographic Society.

In 1919 Solita started a relationship the journalist Janet Flanner. They travelled together to Greece and France. In Paris they joined the lesbian circles of Gertrude Stein & Alice B. Toklas and their friends. In 1929 Solita had an affair with Margaret Anderson which lasted several years, although Margaret stayed with her lover Georgette Leblanc throughout.

At the outbreak of WWII Solita and Janet returned to America. Solita eventually left Janet after she started an affair with Natalia Danesi Murray.

Solita then fell in love with Elizabeth Jenks Clark. She remained close friends with Margaret, who was now  in love with Dorothy Caruso.

Phew! are you still with me? A busy girl.

After the war Solita returned to France, where she lived until her death.

I guess she can come to the party – after all most of her friends will be there.

Alice French was an american writer of  stories, journalistic essays and novels, using the pseudonym Octave Thanet – she chose Octave for being non gender specific.

In 1883, Alice and her widowed friend Jane Allen Crawford set up  home at Clover Bend Plantation in Lawrence County, Arkansas. They lived there for several months each year holding  literary and social entertainments.

Alice had a woodworking shop, where she built shelves and  furniture, and a darkroom, where she developed and printed photographs.

Her stories were very successful,but unfortunately Alice, like many other writers of the time, was casually racist and xenophobic, and firmly looked down on people she considered her social inferiors. She even went to the trouble of speaking against women’s suffrage.

Late twentieth century reading of her stories has found some sympathy for the conditions of women, and even some well hidden lesbian themes.

Not really good enough for me. Alice doesn’t get an invitation.

Not strictly a birthday, as all I have for today’s admirable woman is a baptism date, but never mind, it will do.

I love those french aristocratic names, they go on for ages.

Anyway, so Marie was a writer and the lifelong friend of fellow writer Marie de Sévigné. She married in 1655 and had two sons but was deserted by her husband in 1660. She moved to Paris where she became a great favourite of Minette,  duchesse d’Orléans and fell in love with the writer, La Rochefoucauld. She lived with him till he died in 1680. She used th pen name J.R. de Segrais and set up a literary circle. She disapproved of the convent school of St. Cyr, being so close to Versailles because she considered it put the girls at risk from court rakes.

Marie wrote La Princess de Montpensier 1662, Zayde 1670, La Princesse de Clèves 1678 (a lightly disguised autobiography), her final book La Comtesse de Tende was published posthumously. I’ve read La Princesse de Clèves and I have to be honest I found it hard going, but I think Marie was a good sort, especially in the light of her concern for the girls of St Cyr, and her great affection for Marie de Sévigné.

believe me, you are the person in the world I have most truly loved.