Rotherhithe: A group are being given a guided tour of the Thames-side and below-Thames history, but there’s more to their guide than meets the eye.

He notices the rats first, the usual scuffling snuffling dart transformed into a concerted dash, and so many at a time.  The men have told him about this, laughing, like a sinking ship, but no one is laughing now.  As the water plumes almost into his face and the mud beyond bellies in threat, they throw down tools, leap off the scaffolds and run, already splashing, through water that is rising fast.

Written for the book Stations, which has a story for every stop on the Overground from Highbury & Islington to West Croydon. This started as a conversation at a writing group and blossomed into an entire book – Arachne Press’ best seller so far.

I’ve always loved the dank, slightly seedy streets beside the Thames, (I once spent a happy evening in about 1978 photographing the Greenwich/Deptford foreshore in the dark and rain) and Rotherhithe is one of the few areas to retain that element, not wholly swallowed by nouveau warehouse architecture and plate-glass (Greenwich is much sanitised these days). I did quite a lot of research for this story, and was delighted it didn’t get in the way of what I thought I was going to write. I highly recommend a visit to St Mary’s church and the Brunel Museum, (where we launched the book) especially on a cold winter’s day, preferably in rain. The station is beautiful too,both inside and out. 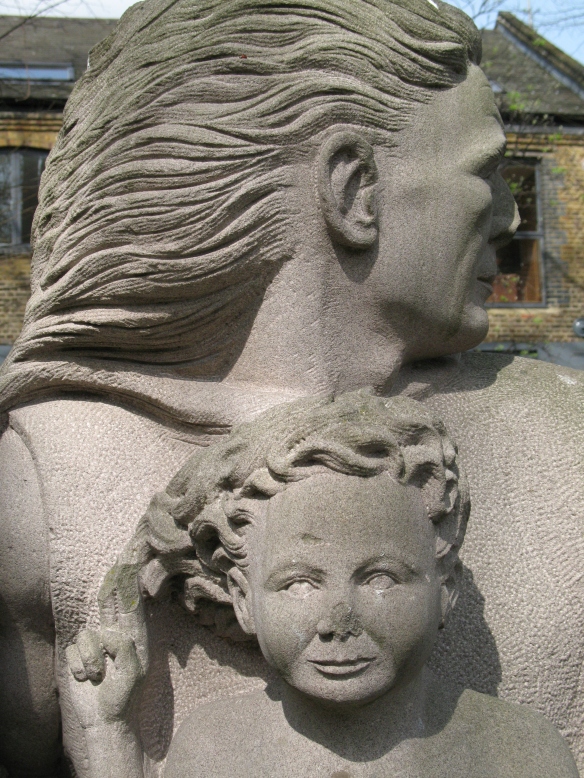 Monument to the captsin of the Mayflower- St Mary’s Rotherhithe